EnerNOC (Nasdaq: ENOC), a Boston-based provider of energy intelligence software, announced Tuesday that it made a strategic investment in Boston-basedWeSpire, a Boston software startup that focuses on keeping a company’s employees engaged in sustainability.

The financial terms of the deal were not disclosed.

Under the terms of the agreement, EnerNOC has exclusive rights to market a white-labeled version of WeSpire’s employee engagement application, customized for enterprise and utility customers. Through the agreement, WeSpire will be available to all EnerNOC customers.

“Changing behavior is one of the most effective ways that organizations can take control of energy use, but it also requires a systematic approach built on proven behavioral science,” said Susan Hunt Stevens, founder and CEO of WeSpire. “By pairing WeSpire’s interactive technology to motivate people with EnerNOC’s ability to pinpoint the largest opportunities for energy-related savings, organizations can not only get a high return on investment, but improve overall employee engagement metrics, and deliver against broader sustainability goals.”

As part of the deal, EnerNOC CEOTim Healy will join WeSpire’s board of directors.

The funding caps a record growth period for Next Step Living which since 2008 has helped more than 85,000 households become more energy-efficient and adopt renewable energy.  Earlier this year, the company ranked first as the fastest-growing private company in Massachusetts and was named to the prestigious TiE50 “2014 Global Hot Technology Start-up Watch List.” Additionally, company founder and CEO Geoff Chapin this month was named EY Entrepreneur Of The Year 2014TM in New England.

“Next Step Living is well-positioned as a leader in the clean-energy sector that is experiencing strong double-digit growth, notably in New England. We are particularly excited about the company’s ability to offer homeowners the most cost-effective, energy-saving investments, whether that is weatherization, window replacement, solar or even participating in community solar,” said Dennis Costello, managing partner, Braemar Energy Ventures. “We see Next Step Living as quickly rising to the next level as a dominant force in enabling green living and energy efficiency for homeowners well beyond New England.”

The funding will help Next Step Living continue its expansion into new markets. It operates today in Massachusetts and Connecticut with more than 800 employees.

“We appreciate the recognition and support from Braemar and the very meaningful, continued support from our early investors. This validates that our whole-home approach to helping homeowners save energy and reduce carbon emissions resonates with both homeowners and the investment community,” said Chapin. “We’ve always believed in our practivist model to marry our activist agenda for sustainability with a sustainable business model.”

Massachusetts Green Energy Fund, The Windquest Group and dozens of angel investors are among those that have helped fund Next Step Living.

About Next Step Living

One of the fastest-growing companies in the country, Next Step Living® is the leading provider of whole-home energy solutions. Headquartered in Boston’s Innovation District, Next Step Living makes it easy and affordable for people to live in homes with a low environmental impact. A one-stop service provider of informed advice, funding guidance and expert work, Next Step Living partners with more than 400 municipalities, civic organizations, leading corporations and utility companies to deliver energy-efficient and environmentally friendly solutions for better living. Since 2008, Next Step Living has helped New England homeowners achieve more than $20 million in energy savings, which is expected to grow to more than $100 million in the next five years. Next Step Living makes our world better. Please visitNextStepLiving.com for more information.

Braemar Energy Ventures is a venture capital fund making early- to mid-stage investments in the energy technology sector. The firm’s principals have invested in more than 60 companies in the sector and have more than 100 years of combined technical, operational and financial experience in energy and energy-related industries. Braemar partners with exceptional companies and management teams, in both alternative and traditional energy markets, that can contribute to a more profitable and efficient energy landscape through innovation and marketplace expertise. Additional information is available atBraemarEnergy.com or on Twitter at Twitter.com/BraemarEnergy or @BraemarEnergy. 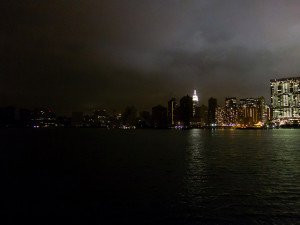